Unconscious bias is a common problem managers, and employees face within modern workplaces. So is there any way that managers can do more to eliminate it from their companies?

In this article, we’ll look at the key definitions around unconscious bias and explain how managers can use training to stop it in its tracks.

Why is raising awareness of unconscious bias important?


Unconscious bias is defined as biases held by individuals that they may not be aware of but are nonetheless damaging to those around them. Often, if someone is used to working within a homogenous group or team, they may never have been confronted with their own biases regarding decision-making and other areas and therefore aren’t well equipped to deal with them.

In the UK, employees face the impact of unconscious bias every day. A survey from Pearson showed that two-thirds of women feel that unconscious bias affects them negatively when looking for new work.

Meanwhile, a survey by Samsung of over 2000 British workers found that half of employees think that certain jobs are still seen as only for females or males, potentially leading to an undervaluing of sections of the workforce in specific industries due to unconscious bias.

Some employees may make judgements of other colleagues or groups of people and be fully aware of their hidden biases and the negative impact they can have on a work environment.

Understanding what unconscious bias looks like in the workplace and how it can be damaging is essential to the success of any team. Unconscious bias or implicit bias can affect many people, but what are the key types of biases you should look out for?

Gender bias can be felt by both men and women and can most commonly be seen in industries that are typically dominated by one gender. In practice, this can be felt by workers who may feel underestimated or overlooked when managers are delegating tasks.

This can be subtle but can still significantly impact an employee. Ultimately, managers may mistake a preference of certain employees over others as purely being down to performance but may not realise that gender is factoring into their decisions.


Having biases relating to age can apply both ways. Younger employees may face unconscious bias as they may be seen to be more inexperienced or less knowledgeable, while older employees may have a more challenging time convincing their managers that they are capable of using advanced and new technologies or software.

Sometimes this type of bias can also be a factor in disability bias if someone has mobility issues due to age.

This has the potential to lock out certain employees from success within a company and can lead to higher rates of resignation among particular brackets of your team.


This form of unconscious bias focuses on being favourably biased towards those who share the same opinions as you. This can be related to work, but it typically focuses on subjective issues, such as politics or lifestyle choices.

When an employee’s opinions or lifestyle choice isn’t harmful to others or their ability to work well for your company, it can cause issues if managers or other employees allow these factors to unfairly inform choices around promotion or inclusion.


This form of unconscious bias is similar to the other biases set out above and can sometimes be the hardest to spot. This form of bias can lead to people feeling excluded or undervalued due to their race or ethnicity, even in diverse teams. This can be manifested in their competence being questioned more frequently if English isn’t their first language, for example.

This form of unconscious bias is essential to look out for, as those from minority groups may face biases outside of the world of work at a greater rate than others.

How can this affect your team?


There are several tangible ways in which unconscious bias can cause issues for a team. The effects can be wide-ranging and can be difficult to undo, so it’s vital to stop them before they begin to have a severe impact.


If team members feel that colleagues do not trust them due to unconscious biases, this can negatively affect cohesion in the workplace. If your team becomes fractured, it may take a long time for team members to fully trust each other until issues have been resolved.


Unconscious bias prevents managers and colleagues from interacting with each other in a natural way that doesn’t cause friction. Biases misrepresent people’s true selves, so this can damage communication within a team.

How can training help?


There are a number of ways in which training can be the solution to the issue of unconscious bias in the modern workplace. By using initiatives and setting goals that can be measured by assessments, evaluations, and other formats your business can keep unconscious bias at bay.


Diversity training that covers the basic principles of how to effectively promote diversity and inclusion in a workplace amongst all levels of staff is a great way to reduce unconscious bias. It provides a great route to educate people who might be unaware of their biases in a way that doesn’t feel accusatory or targeted.

Getting employees to directly take part in training designed to break down the mechanics of unconscious bias and its harms can also be helpful. Even just giving employees a solid understanding of the definitions around this topic can have an immediate impact.


Ultimately, many companies will pride themselves on being inclusive and promoting cohesion and equality throughout their business. With this in mind, giving employees a refresher in these values can remind them that unconscious bias will often directly contradict these values, so should be avoided at all costs.

How can I measure results?


There are a few ways in which you can measure the success of your training strategy in reducing the incidence of unconscious bias in the workplace.

Following up with employees anonymously after your training sessions have finished can be a good way to get honest feedback on your strategy. Asking questions around whether they feel that the training addresses previous pain points they had around the issue of unconscious bias can help you to understand if further training is needed.

Checking in with your team regularly is important for any business. Ask your employees if they feel they are facing any obstacles or don’t feel like a valued team member. If they want to discuss issues, this can often be a good way to spot unconscious bias in your team, even if the employee doesn’t directly reference it.


Unconscious bias can affect efficiency, employee performance, retention, and overall productivity in a negative way. Rather than seeing your training strategy as something that’s related to only employee morale, see it as a lever you can pull to maximise unity and communication in your team.

Are you keen to get your staff in the know and eliminate unconscious bias from your company?

If you want to find out how we can connect you with courses that will help you to address issues such as unconscious bias and more, explore our Workforce Training Hub today. 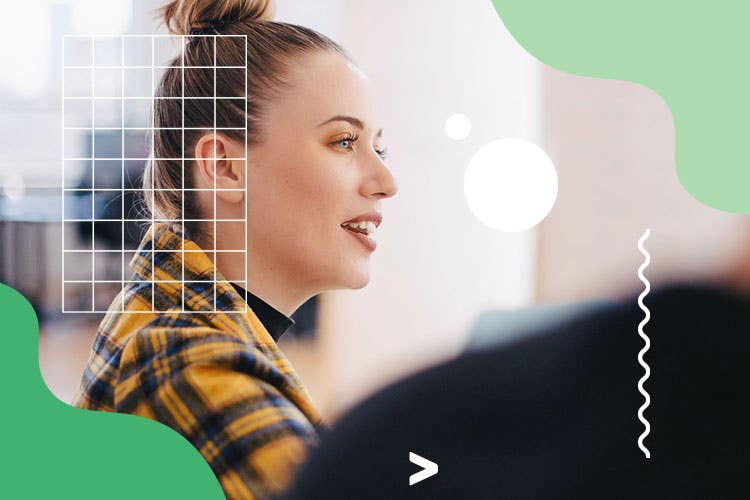 How To Transition Your Employees to Self-Led Learning

Self-led learning is an exciting approach to education that puts employees in the driving seat. It can be used to drive up engagement, create more employee ownership over their development, and improv... 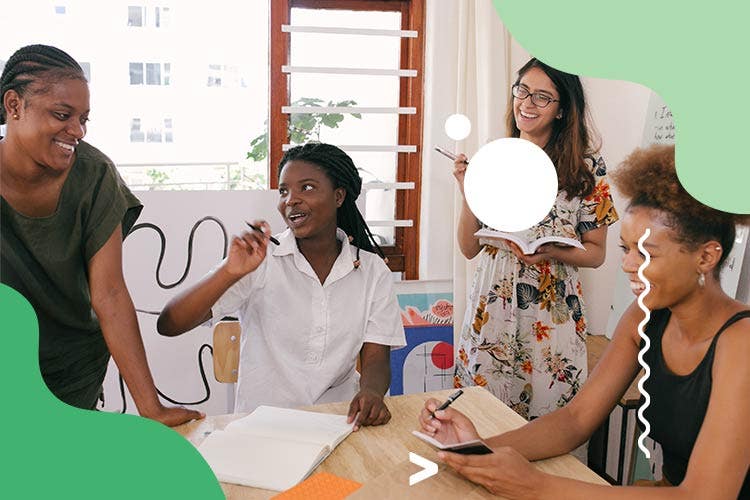 How to Use Goal-Setting to Improve Employee Performance

Goal-setting can be a powerful tool used by companies to improve performance across all levels of the workforce. But how can it be implemented, and what specific benefits can businesses expect to......

How to Refresh Your Team’s Digital Skills Knowledge

Digital skills are vital in almost every modern company, and it’s important to keep your workforce up to date with the latest developments in technology.  Despite this, recent data from the UK...... 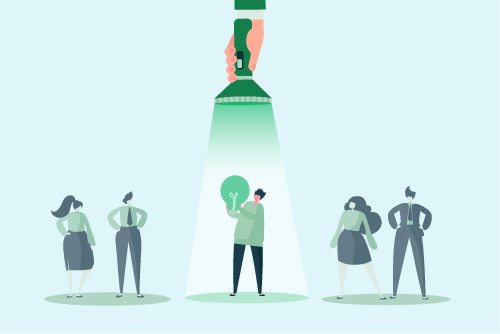 Provider Spotlight: How Acudemy is Leading the Way With Workforce Training

Acudemy is leading the way in flexible learning for companies and individuals. In response to COVID’s rapid changes, Acudemy adapted by centring learners: finding ways to make training more accessible... 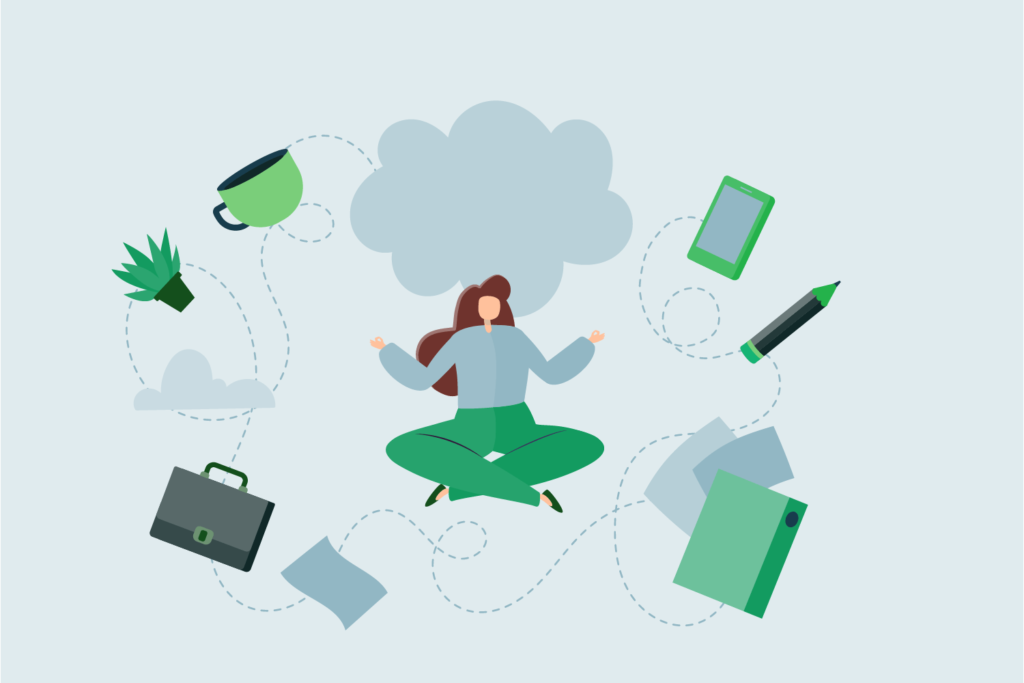 According to fresh research we've conducted as part of our insights into workforce training, 66% of employees think that moving forward, more time and resources will be dedicated to mental health in t...

Making sure that your employees can build the skills they need to keep up in a fast-moving working environment is vital. In fact, UK companies are missing out on a If you......

This website uses cookies so that we can provide you with the best user experience possible. Cookie information is stored in your browser and performs functions such as recognising you when you return to our website and helping our team to understand which sections of the website you find most interesting and useful.

Strictly Necessary Cookie should be enabled at all times so that we can save your preferences for cookie settings.

If you disable this cookie, we will not be able to save your preferences. This means that every time you visit this website you will need to enable or disable cookies again.

This website uses additional cookies to collect anonymous information such as the number of visitors to the site, and the most popular pages.

Please enable Strictly Necessary Cookies first so that we can save your preferences!